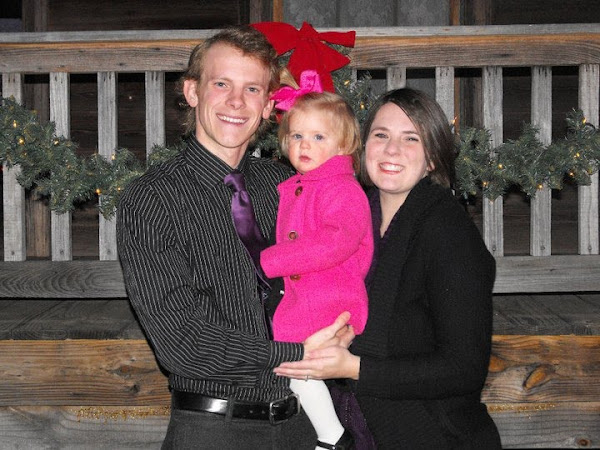 ready to tell the world!!! 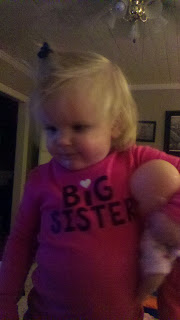 Well it is official! We are bringing another little Murphy into the world! And I am SOO excited!!!! Baby #2 (Who I have been referring to as Rufus) should be here mid September. And baby will be exactly 2 years and a month younger than Molly! Couldn't be more perfect!

We've told all of our immediate family and some friends. Tomorrow I'm going to tell some work friends.  Not quite ready to make it facebook official...maybe in another few weeks.

It's kinda scary how easily we made a baby this time! Jonathon and I decided to start "trying" so I stopped taking my birth control in December. And a week later, we made a baby! I never expected to get pregnant this fast!

But I knew that I was pregnant! It was WAY to early to take a pregnancy test, but I started having pregnancy symptoms. I kept waking up in the middle of the night, I had really bad heartburn, and I had to go to the bathroom all the time! So I printed off a coupon and went and bought a pregnancy test (all they had was a 3 pack). And I counted out 6 days before my missed period, which was what the test said to do. And I waited until that day. It was a Thursday that I was off of work, so I woke up bright and early and took the test...it was negative! I was really sad...but I still felt like I was pregnant. So the next morning, I took another test...negative again! I started to get kinda depressed about it.

Well a few days later, we woke up to a Snowy Sunday. Most of the churches in town were closed, but we still had services. So we went to church. My tummy started growling during the service and I had just eaten, so I knew something was up. When we got home from church, I went to the bathroom and took the last test in the box....and almost immediately the test was positive!!! I was stoked! I ran to tell Jonathon but he was outside. So I told Molly. But when I told Jonathon, he was SOO Excited!

So long story short...we're pregnant again and couldn't be happier!!!
Posted by The Murphy's at 2:30 PM